For Camps, the aftermath of Covid is still lingering, our numbers remain lower than in the past. Nonetheless, Zach Arington has done a fabulous job heading up the camps. Sports Reach has held six camps this summer, wrapping up the last week of July in Detroit, Michigan. Through basketball, soccer, and football, there have been dozens of Bibles given out as well as a great deal of Christian encouragement.

In July, Zach Arington led three camps, two in Cincinnati and one in Detroit. From July 13-15, Sports Reach partnered with the Lord’s Gym to run a football camp for 5 to 12-year-old kids in Cincinnati’s Price Hill community. Sports Reach has been working with the Lord’s Gym on different projects for the past few years, and the Price Hill area is one of the most dangerous communities in Cincinnati, so we are very thankful to be able to continue serving here. During the camp, we worked with 30 kids on different techniques for running back, quarterback, receiver, kicker, offensive line, and defense. The kids were able to hear the Gospel each day, receive something to eat and drink, and take home a football at the end of the week. 19 kids also took home an FCA Bible when offered. The coaching staff was filled with former college players. Cliff Webber (Carson Newman), Ben Creamer (Ignition trainer), Jeff Zurcher (Kentucky), and Nick Hoyle (Miami Valley Christian Academy) have all helped with Sports Reach camps/trips before and were a big part of making this camp a success. Robbie Wilson (Miami OH), Cael Parkhurst (Ganon University), Wesley Lewis (Thomas More University), Andrew Lucke (Bowling Green University), and Sami Kassem (Toledo) were all first-time helpers and made a big impact. We were also helped by Taylor Welch of FCA Cincinnati and two of her interns. Local coaches were very impressed with the camp, and they mentioned a desire for a coach’s clinic in the future!

From July 20-22, Sports Reach ran a morning soccer camp in the same area for kids ages 6-14 in partnership with BLOC Ministries. The goal was to do morning and afternoon camps for the growing Guatemalan population, but it did not go as planned. Nonetheless, we were able to interact with 21 kids over the 3 days of camp. They all heard the Gospel, took home a soccer ball, and 13 of the kids took home a Bible. Taylor Welch of FCA Cincinnati and her two interns helped with the camp again. We were happy to have more first-time Sports Reach coaches join the team for this camp. Other returning coaches included Nick Hoyle (Miami Valley Christian Academy), Tate Roberts (Cincinnati Christian High School), Taylor Scott (Wilmington College), Bobby Dennerll (Kalamazoo College), and Tyler Pollock (Butler, who serves as the Chaplain for FC Cincinnati soccer through Athletes in Action).

Lastly, from July 26-30, we ran basketball camps in the Detroit areas of Hazel Park and Hamtramck. This was the first time Sports Reach has worked here, so we partnered with local missionary Jon Shepherd of Global Gates and Tabernacle Baptist Church. A morning camp at Hazel Park was held for kids 10-15 years old, and there were consistently 12 kids that came out for the camp. Hazel Park is mostly made up of people who rent, so it’s hard for the church to grow relationships with the people in the area as they do not stay long. The Gospel and testimonies were shared every day, and the kids left with a basketball at the end of camp. At Hamtramck, we worked with kids 8-16 years old in their local park. We were excited to see about 60 kids come throughout the week. Hamtramck used to be a Polish community, but it is now mostly Muslim with large Yemeni and Bangladeshi communities. Several of the kids spoke no English and most of them would speak their native language to each other. At this camp, we were able to share testimonies of how God and basketball have been a major part of our growth. For these camps, Zach Arington and Nick Philips (Loyola University) ran the drills while Jon Shepherd brought family and friends to help at the evening session in Hamtramck. Josh Korn, who grew up in the Middle East and West Africa, also helped and shared at the first two days of camp.

Overall, we are very thankful we had the opportunity to connect with so many kids through sports this July. Thank you for your continued prayers and support. God’s glory! 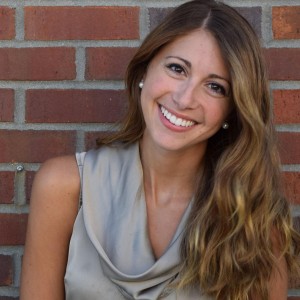